The FA have today contacted all leagues in steps 3-7 of the national league system to confirm that the confirm that the 2019/20 season is to be declared null and void with no promotion or relegation from any of them leagues and there will be no relegation from step 2 (Conference North and South).
In addition the proposed expansion of the Northern Premier League with an extra division in 2020/21 will not take place and will be deferred until 2021/22.
The full letter sent to clubs can be seen below. 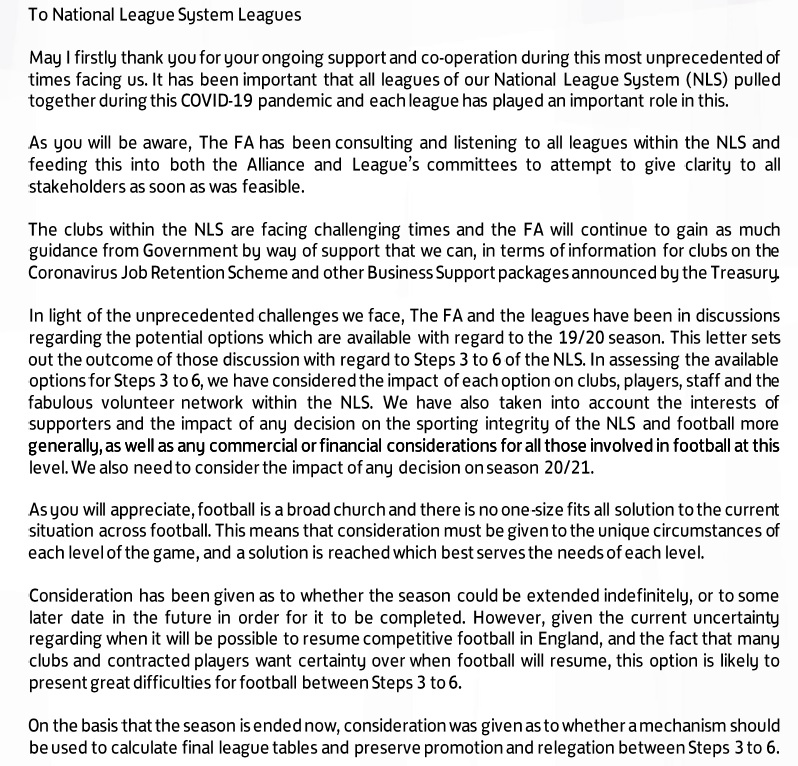 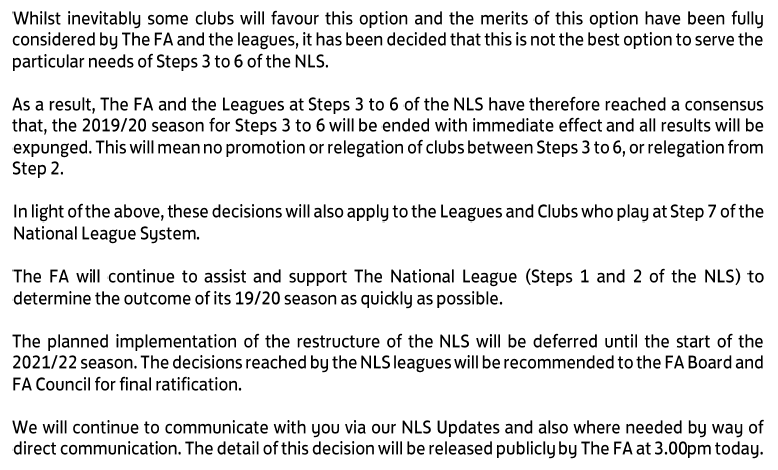